I'm over at From the Write Angle today talking about verbs and their power in the querying process.

Verbs are equally powerful in our stories. We did exactly 2 creative writing activities when I was in school. Both of these Grade 6 assignments without any teaching about what worked and didn't work in fiction. (Yes, that means I did exactly 0 creative writing in school from kindergarten until my final year of university.)

Anyway, over at From the Write Angle, I've included the first few verbs of the query I used several years ago (haven't queried since, still working on improving the craft!).

(Past tense verbs sound odd when strung together!)
Putting the list together makes me think I need another round of revising/editing here. While the verbs aren't bad, they don't give a great sense of the story. Hmmm, off to do some thinking!

What about you? Willing to share your first couple of verbs?
Posted by Jemi Fraser at 3:30 AM 21 comments:

Email ThisBlogThis!Share to TwitterShare to FacebookShare to Pinterest
Labels: draft, From the Write Angle, revising, verbs


Research, the Sauce of the Story

I have a movie I like a lot.  It came out in 2009, a sequel to its predecessor.  But in this movie one of the characters, of Mexican heritage, says while in a fight scene “Tabasco sauce? Who else but us would think up that stuff?”(paraphrase)
Love the director.  Love the actors.
However, a quick Google search of twenty seconds reveals:

“Tabasco Sauce was first produced in 1868 by Edmund McIlhenny, a Maryland-born former banker who moved to Louisiana around 1840.”**

Love the movie still, but that line always annoys me.  And someone should have checked it. 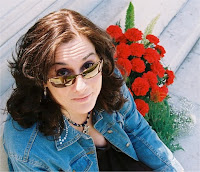 Research is what we do to give depth to the books we are writing.  We may know the hero’s hair is blond and his eyes are brown, but it takes more to make him come alive and bounce off the page.
He needs hobbies, he needs a job.  Somewhere along the line before he hit page one, he was born, giving him two parents, maybe a sibling.  Did he get his love Golden Retrievers from that his family had?
How about, how does he like his coffee?
I always need to know how my characters like their coffee. I think it gives them personality.  The tough hero? Black?  Or three sugars and cream? Very telling.
In 1986 I was at UCLA using The Young Library catalog card system to check out every fact I had to check.  That library had a lot floors and a dime for every copy at one of the strategically placed photocopy machines.
Now we have Google and I hear a browser history of where we go on our research trips. In writing DEAD MEN PLAY THE GAME, I was all over the board.  I had a large cast of characters with varying skills and interests.  One day I literally had to find a wedding dress for the heroine,  the Italian pronunciation of “My Beautiful”, learn how to make how to make a Sapphire Martini, build a detonator to explode the gas line and find the best method used to  cut a man’s throat--is it right to left if you come up behind or left to right?
(I’ve often wondered what my NSA guy is thinking as he reads my latest list of searches
Print what you find online and put it in a note book under the proper heading.  Photocopy what you get out of books.  It you watch it, and I do use movies to get the feel of something (i.e. Young Guns for a western) take notes of what stands out.  Write everything down that is important to your novel.  Make sure you have a method to retrieve the information you locate because I can promise you, when you get to page 300 in the book after five months of work, you might not remember how that gun operated.
Fiction is our imagination coming to life on the page.  Though the story is made up, a lot of what we put into won’t be.  Look hard for that one piece of fact that will blend into the worlds we build … and stay away from Tabasco Sauce.

** June 23, 2015, from   http://en.wikipedia.org/wiki/Tabasco Sauce
Award-winning author, Jacqui Jacoby lives and writes in the beauty of Northern Arizona. She is the owner of Body Count Productions, Inc, which keeps her career moving. Currently adjusting to being an empty nester with her first grandchild to draw her pictures, Jacqui is a self-defense hobbyist. Having studied martial arts for numerous years, she retired in 2006 from the sport, yet still brings the strength she learned from the discipline to her characters. She is a working writer, whose career includes writing books, teaching online and live workshops and penning short nonfiction.

ALSO BY JACQUI JACOBY
With a Vengeance

Dead Men Heal Slowly
Blurb:
DEAD MEN PLAY THE GAME: For a hundred years Ian Stuart has fought against the monster controlling his life, living as a human among humans with his four friends: Travis, Jason, Quinn and Evan. He wanted his personal loneliness to go away. Detective Ashley Barrow is working the worst murder case in Davenport, Oregon's history. She wants a drink, she wants some quiet and she walks in to sit on the stool in Ian Stuart’s pub.
Buy Links:

Enter this Goodreads giveaway to win copies of Dead Men Play The Game!
***
Thanks Jacqui! Research is SO important because of those little details that irk. I've used my Twitter buddies multiple times to check facts on regional details too (especially vocabulary!).
How about you? Any incorrect facts in movies or books that bug you?
Posted by Jemi Fraser at 3:00 AM 41 comments: