From shadows to sunshine… my path to publishing
I was born with stories in my head, of that I’m certain. From a very young age, earlier than school, I read and wrote and drew. Cartoons, little stories, snippets of ideas. Often about horses and beaches.
Nobody nurtured me, not until grade four when my teacher saw what other people overlooked. He took pity on me and showed kindness in what was otherwise, by then, a difficult and confusing childhood. 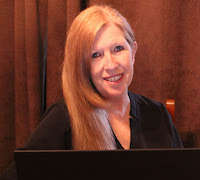 Dad soon departed with my big sister, leaving me with a prescription drug dependent mother and two younger, disabled brothers. At fourteen, my mother changed my age on my birth certificate and sent me out to work. It was just after a teacher had met with her to discuss a writing scholarship. No more education for me.
I kept writing, late at night on an old typewriter. It was my happy place and driven by something I still don’t understand. I even wrote a novel and sent it to Mills & Boon. Somewhere, I have their very sweet rejection letter.
A sense of obligation kept me supporting the family until at the age of twenty I moved to New Zealand. Such freedom! My new life was filled with performing arts as I wrote and performed songs, did theatre and some TV, and discovered screenplays.
Six years later, home beckoned and after a few false starts, I found my husband to be and life changed again. Two wonderful sons, our mutual interest in showing dogs, a move to running our own business - all filled my life. Almost.
Writing still consumed me, one way or another. I wrote lots of expert pieces on dogs, a number of which were published around the world. I edited our own canine annual with distribution in fifteen countries. Doing the marketing for our business gave me plenty of copy writing opportunities.
Fiction kept nudging me and over more than a decade, I wrote bits and pieces of a book I’d named The Stationmaster’s Cottage. For a few years I played with scriptwriting again, writing five feature length scripts, one which was optioned for a while. Cottage was further developed in that format.
About two years ago I got serious. With my sons almost ready to find their own way in life, it hit me hard that I’d not pursued my one unwavering dream. Write a novel. Publish it. Part of my new resolve was fuelled from finding my big sister after some forty years apart. Although I never saw my father after he left, I have her back.
I wrote. Deleted. Started over. Fought every demon and one by one, sent them packing. It was cathartic to overcome the hurdles I’d made. Although fear filled me at times (and still does), I began to find the little girl inside again. I love horses and beaches. I am me, not the person my mother said I was. No education? No problem. That’s what a good editor is for.
With the draft ready to submit for publishing, I found the courage to phone an agent, someone I’d been referred to. One of her first questions was about my education. What qualifications did I have to be a writer? Achilles heel well and truly hit, I hid for a week. But I have a son who believes in reaching goals no matter what and he made sure I kept going, this time taking the indie route.
On Valentine’s Day this year, I published The Stationmaster’s Cottage. After a few hiccups finding my way around retailers, I went wide and have direct accounts with everyone except Nook. This morning, the book received its thirtieth review on Amazon. And this week, it got into the top one thousand books Amazon US.
Exactly nine months after its publication, its sequel, Jasmine Sea, has its release date. I’m definitely speeding up as a writer! My confidence occasionally slips, but there is a sense of fulfilment and excitement in my life like no other.


I started in the shadows. Sometimes those shadows creep toward me but now I use them to power ahead. We all have our hidden fears, our reasons not to shine, but they can be replaced, or at least harnessed, to bring energy and light into our lives and writing
***

Phillipa Nefri Clark grew up around lonely Australian beaches with wild seas and misty cliffs. From a young age she wrote stories and dreamed of being a writer. There were many detours along the way as she trod paths as diverse as a travelling sales rep to singing and acting. Fascinated by film, Phillipa wrote five feature length screenplays, one which was optioned. Now living in regional Victoria on a small acreage close to a mountain range, she markets the family business a few days a week and writes the rest of the time. With nonfiction credits for specialist canine publications, she finally returned to stories with the release of The Stationmaster’s Cottage, a dual timeline romance, in February 2017. Her great loves, apart from writing, are her family of two young adult sons and her husband, their Labrador, music,  fine wine, and friends.
On the web:
Website      Facebook    Twitter     Author Page 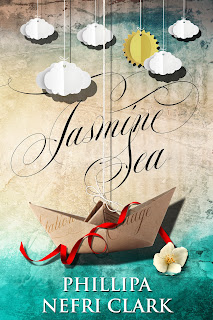 Sometimes facing the past is the only way forward.
Starting over never felt better. Christie Ryan adores the little cottage she’s renovating, the seaside town that embraced her, and Martin Blake, the man she longs to marry. Ex-fiancé Derek Hobbs is finally out of the picture, and there are no more secrets in her life or mysteries to solve.
Will the arrival of a mysterious woman who commissions a portrait from Martin under a cloud of secrecy break her after all? Unrest and suspicion remind Christie that happiness can be fleeting, and when the peaceful town is shattered by crime, her past is again thrust into the limelight.
With one chance and only minutes to save those she loves, Christie comes face to face with her greatest fear—and there is no way around it.
Jasmine Sea follows on from The Stationmaster's Cottage, set shortly after its stunning conclusion.
Buy on:
Amazon Kindle
Paperback
Amazon UK
Amazon Aust
Nook
Kobo

Enter to win signed copies on Goodreads!
***
Wow! I was covered in chills as I read this. Congrats to Phillipa on overcoming those hurdles and emerging from the shadows.

Facing our fears is always a challenge - and something I need to work on!

How about you - are your fears holding you back?
Posted by Jemi Fraser at 5:00 AM 18 comments: 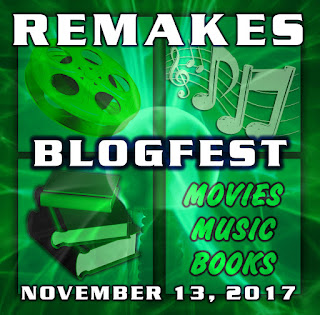 Hosted by Alex J. Cavanaugh and Heather M. Gardner.
Remakes – most of them suck. Now and then, one comes along that is as good as, if not better, than the original. And after all of the bad ones we’ve endured, we want to know about some good ones.
On November 13, 2017, blog about your favorite remake: movie (or television show into movie and vice versa), song, or book – or all three! Post a YouTube video and links where we can find these treasures. Tell us why THIS remake doesn’t suck!

In general, I am not a fan of remakes. If I've loved the original, I tend to not want to take the chance or trying the remake, because the new one so very rarely lives up to the standard. I can think of very few exceptions...

One of my all-time favourite Remakes is Battlestar Galactica! The remake was different in so many ways from the original - and it was SO GOOD!

For songs, the remake of Simon & Garfunkel's Sound of Silence by Disturbed is amazing. Beautiful, haunting, and oh so powerful.

How about you? Fans of BSG or Sound of Silence? Do you tend to love or hate remakes?
Posted by Jemi Fraser at 6:00 AM 42 comments:

Can You Visualize This?

A couple of days ago (a few days into November), I realized something strange. I was working on my NaNo project and had accomplished my daily word count goal and had an extra thousand words padding the story. In all I had about 6500 words written.

For the first time in my life, I'd written an outline. This outline consisted of:
- character sheets for my main characters
- a story path for each of my MCs
- a path outline for the story (main outline)
- descriptions of 2 of the main settings in the novel

In all, I had over 6000 words written in preparation to write the story.

As I was writing, I came to a part where my female MC takes off her helmet and tries to fix her hair. And that's when it hit me... I had NO IDEA what my MC looked like.

I knew them as people but I wouldn't have recognized them on the street.
Of course, not recognizing people on the street is a special talent I have...

How about you? Are you a visual person? Do you know what your characters look like?
Posted by Jemi Fraser at 6:00 AM 22 comments:

November 1 question - Win or not, do you usually finish your NaNo project? Have any of them gone on to be published?

I adore NaNo! I first stumbled on it just as I decided to try out this whole writing thing. Since then I've written several 1st drafts with NaNo - and finished them all. However, I haven't published (or even queried) them.

I'm still learning and I know they're not quite there. I believe they're close - but not close enough. Not yet. Maybe one day.

This year, I'm trying NaNo again - but this time with a twist. This time, I'm going in with an outline. I'm a pantser at heart so I have no idea if attempting an outline before I write will be a good thing or a bad thing. I'm worried having an outline is going to make me freeze, but there's only one way to find out!

I'm going to need all kinds of chocolate and support. Hope you're all up to the challenge of making sure I don't give up!!!

How about you? Are you a NaNo-er too? Any plotting tips to help me think this might actually work?
Posted by Jemi Fraser at 6:00 AM 40 comments: