They try to silence

the voices that tell the truth

They try to squash

They try to rewrite

They try to erase

But truth cannot be silenced

Unmarked graves will be found

Their stories will be told

Their truths will be shared

Their lives will be celebrated

Their potential was erased

Their loss is uncountable

But they have not silenced their voices

Those who will listen

Some parts of Canadian history are horrific. Residential schools aimed to destroy indigenous cultures and people. Unmarked graves in multiple sites have been found. It's a hideous part of our history and something we have to acknowledge. We can't go back to fix the mistakes of the past, but we can acknowledge them and offer reparations and work to ensure nothing like this happens again.

The freedom to speak, the freedom to live and thrive, the freedom to be, was taken away from so many kids. I hope it never happens again. I know I can't fix the world, but I'll continue to work on my own little corner of it. It's the least we can do.

The above is part of the WEP Challenge - although it's not an actual part of the challenge. One reason is that I'm offering the prize this month. The second reason is, I'm now a part of the WEP team!! I'm thrilled to be joining this talented and lovely group of writers!

Please check out this link to find the stories that are actually part of the challenge. WEP is always a good place to stretch your skills. I'm excited to work with the winner and to be part of the team in the future! 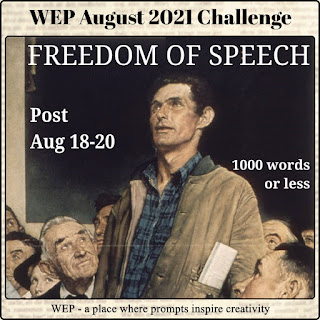 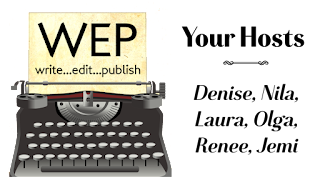 August 4 question - What is your favorite writing craft book? Think of a book that every time you read it you learn something or you are inspired to write or try the new technique. And why?

My favourite craft book is Take Off Your Pants!! by Libbie Hawker (scroll right to the bottom of her page for links).

I'm NOT a natural plotter. I was the kid who had to write the essay first and then make the outline that you had to hand in before you were supposed to start writing the essay.

As a teacher, I've always planned units backwards - start with the assessment piece at the end and work back to figure out how to get everyone there.

Most plotting books hurt my brain and inhibit my process. They also make me feel like a twit because I simply can't do it no matter how hard I try.

Libbie's book talks about starting with the character and his/her personality and flaws. Then you build a path based on that. It's not written for romance authors, but I simply think about two people, two paths, and how they can twine together.

Notice I said think, not write. I do create charts for the steps of the plot points along the path for each character but I haven't completed one of these charts yet. Getting better though!

I don't follow Libbie's entire process but it makes sense to my brain and has helped me organize my stories in my head so that I'm not dealing with a bazillion revision rounds trying to make the plot make sense.

Honorary mention to ALL the Thesauruses (Thesauri??) written by Angela & Becca. They are amazing!

How about you? Are you a backwards planner as well? Plotter or pantser or somewhere in between? Thesauruses or Thesauri?

In other news, Reaching For Family (Bloo Moose Romance #8) releases on August 10th! That's next Tuesday!

Jenna Wilkes grew up knowing that animals were the only source of unconditional love. As Bloo Moose’s vet, she’s determined to make sure all of her patients find a loving home.

Noah Washington may not have been able to save the farm his adoptive parents owned, but now he’s got it back. Instead of taking out the bad guys as a Ranger, he’s trying not to sever his fingers while shearing his herd.

When the land surrounding her barn is suddenly filled with nosy alpacas and a wary man with shadows in his sexy eyes, Jenna realizes she wants to heal him as well. But when accidents start to happen she wonders if he only wants her gone.

When the threats escalate, they’ll need to rely on each other if they’re ever to learn what family feels like. 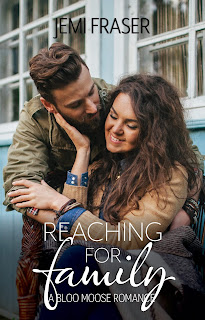 When family isn't safe, you need to make your own.

Preorder today to make sure Reaching For Family pops onto your e-reader as soon as it's available!