To Sleep, Perchance To Dream

Ay there's the rub, for in this sleep of death what dreams may come...

Shakespeare had it right, (not Hamlet, never could stand that whiny character!), dreams are scary.

I'm a vivid dreamer. Always have been. My parents took me to a few doctors when I was young because they were so concerned about my nightmares. I used to scare the daylights out of my mom when I'd tell her my dreams. One night, when I was about 5, I relayed a dream that had her too scared to put her feet on the floor and go back to her room. I still remember that dream.

The doctors said I just had a vivid imagination.
No kidding.

No one in my family or extended family/friends dreams as vividly or as frequently as I do. I've become extremely skilled at pushing away the dreams when I wake up so that I can function throughout the day and not remain stuck in the nightmares and emotions (they can be overwhelming and sometimes debilitating).

Most family members and friends dream rarely and aren't troubled by dreams. Makes me curious.

Are people who are invested in fiction (readers and writers) more likely to dream and/or dream vividly?

So, do you dream a lot? Do you remember your dreams? Do you have nightmares?
Anyone else still able to quote most of that soliloquy?

Curious minds want to know.
Posted by Jemi Fraser at 6:00 AM 36 comments:

Hold On, Reach Out

Hold on
to the good
with the strong

Reach out
with both hands
filled with love

Hold on
to the true
to hope

Reach out
to the needy
to the battered

Hold on
with everything you have
with everyone you love

Reach out
with everything you can
with all that you are

Hold on
to love

Reach out
to love

Hold on
Reach out


It’ll happen to you someday. While creating your latest secondary character, who will eventually become a primary character, you draw a blank. 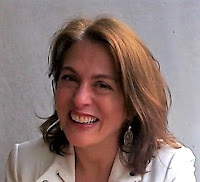 Oh, you have the name, and a good idea of what they look like, but what makes them tick? What are their mannerisms?
Now those are two different character traits. One is based on motivation (abandonment issues), the other is a characteristic (hair twirler).
No problem, you’ve lived some years; you can make things up. Except…you can’t. You’ve used up all your own motivations. You can only address that bully in school for so long. You’ve even used all your own characteristics from your love for cake to your twitchy right leg. You’ve got nothing left in you. So it’s time to use your friends and family and reveal their likes/dislikes and their mannerisms.
Except, you’ve already run the gamut of relations and friends. Even your great Aunt Maude, who reportedly had three teeth and chuckled, was used for that hag in book three. You could watch people at airports, but you know from that brief observance you can’t glean the depth your character deserves.
Something more is needed. Long ago, a fellow writer confessed to using Linda Goodman’s Sun Signs for creating characters. Easy enough, and incredibly helpful. Suddenly character motivations can be determined if you make their birthday in May, and know they are a Taurus. Your character can now be bull-headed and loyal.
Except Sun Signs, as brilliant and useful as it is, doesn’t address the breadth of mannerisms needed when creating characters. Neither does Love Signs, which explores the different signs in relationships.
To make your character distinct from every character you’ve written, you need even more depth. My tip? Birthday books.
These books are a wealth of quick information for 365 days of the year. That’s 365 distinct personalities. Some of them are detailed enough to give you motivation and characteristics. Do I recommend one book? No. Because you can’t get the depth you need from only one.
For example, I’ll use the birthday of November 11th.  The astrological sign is a Scorpio. According to one book, it says: If sports isn’t your career, it should be your hobby.  However, another book says: You’re defensive and suspicious. Both those reveals are gold when creating a character. And that character won’t match your other characters because they won’t share the same birthdate (I do recommend marking the birthdays you use).


So what happens when I’ve used up all the dates? I’ve thought of this, but I have no worries. I’ll probably be too doddering to remember, and will gleefully write them again.
***

Nicole first discovered romance novels hidden in her grandmother's closet. Convinced hidden books must be better, Nicole greedily read them. It was only natural she should start writing them (but now not so secretly). If she isn't working on the next book in the Lovers and Legends historical series, she can be reached at:
Facebook     Twitter     Website     Goodreads

The Knight's Scarred Maiden (Lovers and Legends)
A maiden for the mercenary
Mercenary knight Rhain is living on borrowed time. With a vengeful warlord pursuing him, he has accepted his fate—though first he must get his men to safety.
When he rescues mysterious and deeply scarred Helissent from her attackers, Rhain soon wishes he wasn't marked for death. He can never be the man she deserves—his scandalous lineage alone dictates that—but Rhain can't resist the temptation to show this innocent maiden how beautiful she truly is…
Lovers and Legends A clash of Celtic passions

Enter to win signed copies on Goodreads!
***
Thanks Nicole!

I've never heard of birthday books but that'a a great tip! I tend to use mannerisms and quirks of some of the kids I've taught and the adults I've worked with over the years.

How about you? Have you heard of birthday books? Used them? Planning on trying it now?


The Insecure Writer's Support Group is the brainchild of Alex J. Cavanaugh. He, his clones, minions, friends, and fellow authors make it an amazing event every month.


IWSG Day Question: What are your pet peeves when reading/writing/editing?

How about you? Any pet peeves you'd like to share? Do you sprinkle redundancies everywhere as well?