Please welcome Jacqui Jacoby back to the blog today!
*** 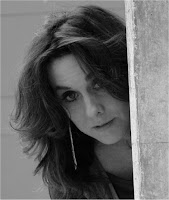 The letters started coming across the Internet about a week ago. Someone in one of my writer’s loops was depressed. After almost a year of waiting to hear back from an editor who had her manuscript, she received the package in the mail with a form letter rejection. “But I spoke to her,” this writer said. “She said I had passed the first level and it looked good. Now they won’t even tell me why I was rejected.”
She wasn’t alone. For days the letters arrived in my mailbox. Someone else had a manuscript sitting at Dorchester. It had been two years and she was still waiting. Another had one with an agent. It was almost a year now and she still had no idea where she stood. Letter after letter. Same story, different editors, different agents. Same despair.
I read each one, feeling their hurt. We have these groups for moral support, to turn to when we need a lift. On those days, though, I read the letters and wondered why we put ourselves through this. What keeps us going?
It’s not that none of us are talented. It’s not that we don’t put in the time creating characters and worlds and situations. We breathe life into these people, bringing them from our imagination to the printed page. We sweat blood and tears, giving up time with our families, time with our friends, time with the laundry that piles up because an idea just popped into our head and we have to write it now.
It’s an old joke in my critique group. Burger King is hiring. Burger King is always hiring ... even when publishing houses are turning us down and making us doubt our chances. And for a lot of us, Burger King is paying more than we are currently making in our writing career.
My own agent DIED, sending me from “almost there” back to square one in the time it takes to place a phone call. Not that I hold it against them. I personally think they had their own problems at the time and I came out ahead in the deal.
But I have fifty-seven rejections on that same manuscript they loved. This is the same manuscript I was told “would create a whole new sub-genre of kick-butt heroines.” The same manuscript a producer considered for a movie.
Fifty-seven rejections at the last count. And I stopped counting five years ago, even though I keep sending it out.
My husband is a civil engineer. In the twenty-two years we’ve been together he has changed jobs four times. Me? I’m still tapping out the words on the computer.
He doesn’t get it. He’s tried, but the whole idea of resubmitting is so alien to him, he just scratches his head and gives me that blank stare. When he wanted a change, he changed. When he didn’t like the work environment, he went somewhere else.
When it doesn’t work out for a writer, we read the rejection (maybe), we sigh hard (usually) and then we send it out the door again (always).
I asked Sue Grafton once what was the one thing she could recommend to a newbie. She didn’t even bat an eye. “When you get that manuscript back in the mail, you send it right back out. Period. No questions asked. No time wasted.”
But it’s hard. So very hard to keep going to the mailbox and finding those letters of “No Thank You.”
When do we stop? When do we finally say “Enough. It’s time to try something else,”?
I have a theory on this.
Never.
Because if we stop submitting, it’s over.
Yes, there is a chance we can spend our whole lives writing with only our critique group telling us how much they loved our book. There is a chance we will never be standing in an airport concession stand and overhear someone telling their friend she just has to buy this book, our book, because this writer is so damn good the friend won’t be able to put it down until the planes wheels touch the pavement at their destination.
There is a chance we will write faithfully every day of our lives and read every writers book, every writers magazine, enter every contest, and never get the call that takes us from a wanna-be to author.
How close are we to getting published? All the way across town? Or right at the door? One phone call away?
It doesn’t matter. Because the truth of the matter is, no matter how close or how far, if we stop, the chances are over.
With no book sitting on an agents desk, she won’t be calling us. With no entry in our favorite contest, there won’t be any of our work to be judged, to final, to make it to the winner’s circle on an editor’s desk.
We submit because we hope.
If a publishing house is looking for a new book, we want it to be ours. And that is only going to happen if they have the book in the first place.
Sometimes it will be our friends who get the call. And we will cheer with them even as we silently think “How did they do it? Where do I find that secret that made the difference?”
We find it in ourselves. In the knowledge that we are doing everything we can. In Chapter One of his book, The 38 Most Common Fiction Writing Mistakes, Jack M. Bickham sums it up perfectly. “Writers write. Everyone else makes excuses.”
We are writers and we will continue to write. We will get up every morning, face our computers even when our jobs, our families or some everyday occurrence tries to call us away. We will put our words to the page, put the page in the envelope and the envelope in the mail.


And we will hope. Always. Period. No questions asked.
***
Jacqui Jacoby on the web:

Too-playful-for-his-own-good, Jason Sullivan keeps himself busy working his job, hitting the gym, and dating the right girl for the right amount of time. He loves romance. He loves treating a woman right. Until he has a chance encounter with Taylor Grant. Taylor escaped Georgia to flee a broken relationship. Her convictions to stay single, stay away from men and give up sex altogether will be challenged when the mischievous Jason gets her in his cross hairs.

Jason’s seductions are not only in his romances, but also in his job. When a meeting with a new client brings Jason's human past forefront, secrets and regrets come crashing down around him. He will turn not only to the new lady in his life, but to his ‘brothers’—Travis, Ian, Quinn and Evan—who will unite as an unstoppable force that not even one greedy, vindictive hag can expect.

***
Love it and totally agree, Jacqui! Writers write. That totally sums it up!
How about you? Where do you stand on the Hope Journey?
Posted by Jemi Fraser at 3:30 AM 42 comments: