Lucky day! L. Diane Wolfe is here today from Spunk on a Stick.

I asked Diane to talk about what it is like to write a series. Her thoughts are sure to help all writers - published and yet-to-be published. Enjoy! 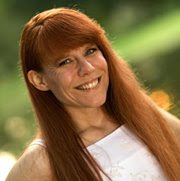 
Writing a five book series was a unique adventure. I never intended to write that many books! However, once I began writing, four additional stories emerged from the first. I was on a roll!

There are two types of series - those that continue one storyline throughout several books and those with a central theme or setting but the books are stand alones. (Mine is the latter.) Writing a series has its advantages. The setting is established in the first story and subsequent books build on that world. Creating a series means that writers hooked on the first book will want to read the others as well. (This is why book one must capture an audience.) A series also allows more time for character growth and development.

When does a series work? What drives the need for more books? Interesting characters can spur additional books, allowing the readers to continue on their adventures. An intricate world with numerous possibilities can foster more stories. Consider the epic novel - a perfect candidate for a series. Since publishers prefer to see manuscripts under 100,000 words from first time authors, a story two or three times that length can be broken down into several books. (Or receive mass edits!)

The secret to a series is knowing when to quit! Readers are quick to notice when a story has run out of steam even though the author continues to crank out books. Storylines grow repetitious or formulaic when pushed too far. The final book needs to end with a bang, not a fizzle! Sometimes the age of the characters determines a good stopping point. Three appears to be the magic number, but many successful series contain five, seven, or more volumes.

With my series, The Circle of Friends, I began with one storyline. As I worked, I envisioned stories concerning the main character’s two best friends. By the time I finished Book I, two additional characters demanded a turn in the spotlight. I now had four outlines, taking the series to five books. And as I completed Book V, I felt certain I’d done everything possible with the characters and was ready to lay them to rest.

So when contemplating a series, be prepared to see it to the end and say goodbye when finished. As long as there’s enthusiasm and purpose, the ride is a blast!


Known as “Spunk On A Stick,” Wolfe is a member of the National Speakers Association and the American Business Women’s Association. “Overcoming Obstacles With SPUNK! The Keys to Leadership & Goal-Setting”, ties all of her goal-setting and leadership seminar’s information together into one complete, enthusiastic package. Her YA series, The Circle of Friends, features morally grounded, positive stories that appeal to both teens and concerned parents. Ten years associating with a motivation training system and experience as a foster parent gave her the in-depth knowledge of relationships, personality traits, and success principles. Wolfe travels extensively for media interviews and speaking engagements, maintains a dozen websites & blogs, manages an online writer’s group, and contributes to several other sites and newsletters


***
Thanks so much for dropping by today, Diane! I really enjoyed your insights into writing a series. I hope everyone has a chance to stop by one of Diane's sites - you'll find your time has been well spent.

For my readers out there... Do you write (or hope to write) series? What challenges have you found and overcome?
Posted by Jemi Fraser at 5:00 AM