***
The Importance of the Letter “R” in a Writer’s World:


The letter “R” really takes a bad rap in the world of publishing as it’s a writer’s shorthand for a rejection letter—that dreaded correspondence from editors/agents that says thanks but no thanks. Most writers have received them. I know I have. To me they are like a rite of passage.
Though R’s are always hard to swallow, the more I received, the less power they had over me. My first “R” was totally devastating. I was so certain that manuscript was wonderful. That any editor would be crazy to pass it up. So when the form “R” showed up, I was devastated. And I didn’t write for a long time…okay so it was only weeks, but for someone who likes to write every day that was a long time.

When I received that first “R” I told myself that I was fooling myself trying to get published. I let the doubt crows have a field day. But those characters in my mind wouldn’t go away. They wanted their stories told. Finally to silence the voices, I started writing again. I told myself that it was okay because it was just for me. 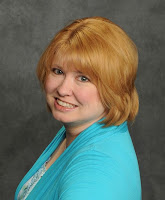 But once that manuscript was finished, I was in love with it. So I started to work with a critique group and entered some contests. Eventually my confidence grew, but I wasn’t submitting back to the Harlequin line that had given me my first “R”. I was certain that as much as I wanted to write for them, my voice didn’t fit. So I started submitting to another Harlequin line. And I made progress, including full requests, but they ended with personalized R’s.
The personalized R’s were much easier to swallow as they would point out my strengths before they’d point out what areas I needed to work on. And those personalized R’s aren’t handed out to everyone as they take time for the editors to write. The editor has to see something special—some true potential for them to invest their time. And I was truly grateful for those letters. I learned so much for them.


Then there’s the R&R. This is when the letter “R” finally has a positive spin. Technically it’s still a rejection but I prefer to concentrate on the other part of the letter, the R&R part—revise & resubmit. It’s saying the manuscript isn’t acceptable in its current format but with some elbow grease it could be. I found these letters to be exciting and a bit terrifying. I knew how close I was to selling, but worried about interpreting the editor’s notes correctly. I’ll admit the first R&R I got didn’t pan out. But my writing confidence was still growing.
By this point, I had grown as a writer. It’d been years since my first devastating “R”. And with a little nudge from a writer friend, I gathered the courage to submit back to the line that had given me my first “R”. And guess what? It was Harlequin Romance. :-) Funny how things work out, huh?


It’s as my friend, Michelle Styles ~ Harlequin Historical author, says, “It’s not the “R” that counts, but what you do after that matters.”
Keep going. Keep learning. You will make it.
***
Jennifer Faye has spent most of her life with her nose in one book or another. It was only natural that she dreamed of becoming a romance writer and spinning the tales of the imaginary people running around in her mind. But first life took her on a couple of detours. Refusing to give up on her dreams, she finally succeeded in getting her name on a book cover. She currently resides in Pennsylvania with her very, very patient husband, one amazing daughter (the other remarkable daughter has flown the coop to chase her own dreams) and two spoiled rotten cats. When she’s not glued to her laptop writing another contemporary romance (which isn’t often) or enjoying some family time, she loves to get lost in a good book, cross-stitch, embroider, quilt, knit, watch hockey (go Pittsburgh Penguins!), and garden.


You can also find her at these other locations:


RANCHER TO THE RESCUE- AVAILABLE NOW in stores


And online at Amazon, Amazon-UK, Barnes & Noble, and other online outlets.


Damsel in a wedding dress!

Jilted at the altar, celebrity chef Meghan Finnegan flees the scene--and the baying press--only to run straight into the muscled torso of Cash Sullivan.

The former rodeo champion knows what it’s like to have your life crumble in the spotlight, so he offers Meghan a place to lie low at his ranch.


Fresh air, no paparazzi and the brooding rancher's lazy smile are making Meghan not want to leave her sanctuary. But she and her unborn baby can't stay here forever...can they?
***
Giveaway: Print copy of RANCHER TO THE RESCUE to US commenters and a kindle gift copy open International.
***
Jennifer's book is a fabulous story with 2 strong, intriguing characters! I really enjoyed getting to know them and watching them navigate those spotlights! Great story :)
I remember getting my first R - it was almost a relief - made me feel like a real writer! How about you - what's your favourite R moment?
Posted by Jemi Fraser at 1:00 AM