Please welcome Gina Conkle to the blog today! I've never read a book about Vikings before and this one is a lot of fun!


The Curious Case of Melkorka 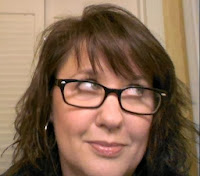 The word slave carries dark meaning, doesn’t it?  History’s rife with harsh examples of stolen freedom. Viking marauders were no different in taking thralls (slaves in Viking speak). Yet, I hear occasional reader comments: “No thrall/slave would act like that and survive.”


Oh really?
Dig deeper. Go beyond your preconceived ideas, because history paints an interesting picture of Vikings and their thralls.


Consider Melkorka’s story found in the Laxdoela Saga.
Vikings raided the land of Eire, taking the beautiful high born princess. Crafty Melkorka decided to play mute as soon as she was taken captive to Norway.  There a Rus merchant sold her to Hoskuldr, an Icelandic Viking.


Hoskuldr travelled on his own merchant business, and he paid a hefty price for Melkorka. He “knew” her in the Biblical sense, but then headed home to Iceland.
Once home, Hoskuldr stayed faithful to his wife, Jorunn Bjarnadottir, and Melkorka was required to do household chores.


The following winter, Melkorka gave birth to a son from Hoskuldr. The boy, Olafr, developed quickly, talking profusely by age two.  Melkorka still played mute and hatched her own plans.
She secretly taught her young son Gaelic.  She treated Jorunn with disdain. Yet, there’s no record of cruel treatment for her bad attitude --- quite the opposite.


One day, Hoskuldr discovered his haughty thrall talking to her son.  She told him everything: who she was, where she was from, and about her Irish king father.  And she didn’t stop the insolence either.  Peace in the Hoskuldr long house disintegrated.
You know what Hoskuldr did?


He built Melkorka her own long house on the other side of the river. She lived independently and grew her wealth.
When Olafr was older, she wanted him to visit the family back in Eire.  Hoskuldr opposed the trip, refusing to provide trade goods to help with expenses.  Melkorka took matters into her own hands.  She married a farmer who had helped manage her lands in the past.  Her wealth increased even more.
To this day, Melkorkustadir is the site where her 10th century farm was established.

The more you explore Viking history, you find thralls --- men and women--- woven into the fabric of everyday life.  Their lives played into Norse families, Norse communities as valued members of society.


And sometimes the girl with an attitude gets what she wants.
***


Gina’s a lover of history, books and romance, which makes the perfect recipe for historical romance writer.  Her passion for castles and old places (the older and moldier the better!) means interesting family vacations.  Good thing her husband and two sons share similar passions, except for romance…that’s where she gets the eye roll.  When not visiting fascinating places, she can be found in southern California delving into the latest adventures of organic gardening and serving as chief taxi driver.
Connect with Gina on the web:


A stolen woman of rare qualities…

Seized by marauders and taken to the icy northlands by the wolf-eyed Viking warrior, Helena will do whatever it takes to earn her freedom and return to France.


Betrayal has turned Hakan’s heart to ice, but the spirited Frankish maid warms him in a way he’s never known. The spell she weaves leaves them both breathless, but can he keep his promise to return her home even if it means he’ll lose his precious jewel forever?

a Rafflecopter giveaway
***
I didn't know that about Viking thralls! Research sure leads you down interesting pathways!

What's one of the most interesting pieces of research you've come across?
Posted by Jemi Fraser at 1:00 AM