Jacqui Jacoby & Those Bumps in the Night

Please welcome Jacqui Jacoby back to the blog!
***

I never set out to be a thriller writer. I always thought I leaned toward action/adventure, with a twist of romance. I don ‘t mind at all that is where I ended up. The stories are harder to write than mere action, but it was challenge I was able to face. 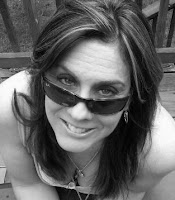 ·       Romance means a character meets a character and fireworks fly across the page.
·       Action/adventure is the idea that somewhere in that story these characters are going to go somewhere where an escapade begins. I think it’s safe to say action will insure.
·       Defining action: that adventure that started is going to take some twists not anticipated and those twists will take your characters on a wild ride.

An action/adventure will change the way your characters see their lives.

A thriller will change the way they see their world.

Whereas the premise that action is happening, it is action that has a unforeseeable conclusion that will lead the characters down a dark corridor.

Whatever the characters are facing, it is an experience that is theirs alone.

That is a valuable quality in a relationship, it pulls them closer, makes them realize this person is experiencing this event with me. They will turn to each other for support. They may have doubt and blame the other, if only for a moment … “If you had turned left instead of right, we wouldn’t be facing this disaster … “ It doesn’t last as they come to realize they need each other to get to the other side of normal.

There are two primary elements to writing a thriller. The first and foremost is the villain. If there is not an adequate villain to put in front of your characters, if he is too easy to defeat, the point of the thriller is lost. Does a villain have to be flesh and blood? No, not at all. Think Jaws and you realize man was going up against “twenty-five feet with three tons on him …” ~Jaws

Creating a decent villain is the same process as creating your hero. You plan, you plot and you get to know them in order to know how far they will go and what is the kryptonite.

For Dead Men Play the Game I plotted out Walter Bennett’s background to the point of before he was even turned into a vampire. I knew what he was like human. And those writer’s labeling their villain with “Ah, he’s just a psychopath, that’s why he does it…” is not the most well rounded way to go--too common and easy to use.

SPOILER: Walter was a psychopath. I didn’t know that when I started. I knew that after I became afraid of the dark for awhile.

MORE SPOILERS: When I was done fleshing him into existence, I knew that he had killed six people in the area where he was raised -– including his younger sister – before the vampire who turned him offered the chance to kill forever. Walter didn’t even try to decline. Walter was psychotic. He was a serial killer before anyone knew that was meant. His obsession with Ian Stuart didn’t derive so much from “Walter’s long lost love” but rather from the concept Ian walked away and never bowed to the threats mixed with the declarations. Walter was twisted beyond words, but his goal was revenge plain and simple.

Know your villain enough to be cautious at night when you walk into that room before you turn the light on.

The other primary element in a thriller is escalation.

Which is actually a very simple concept: your heroine is faced with an ex-boyfriend who she realizes is demented and she wants out. Enter hero, Sean Branigan –Bystander.

Whereas the inciting incident might be subtle--a hang up call, for instance. The next incident will take that up a notch—watching her work and she actually doesn’t know until he sends her the photos. When the next thing happens, it’s scarier, she’s more helpless. The pattern continues –- each event scarier than the last until the final climax hits full force and no one is safe.

Balancing the events of terror in the story is also important. You don’t want forty-seven separate incidents before the climactic scene—I used five in Bystander.

The placement of events: you do want to stay with odd numbers verses even numbers of events. Presenting an even number creates the feeling of balance, even when you are not aware the mind is filing. Odd numbers force your brain to seek interest, it makes your thoughts move in an unexpected patterns. It keeps you on your toes. Makes you just a little closer to “What was that noise?”

Writing thrillers is a bit more work than writing a straight romance. I am half-panster/half-plotter but when working on a thriller I do have to have that minimum of planning of what event happens where, where does it take us, and finally, place them in position of the plot then work around that to create the rest of the story.

Seeing these stories unfold with comments from readers of “I couldn’t put it down …” makes it worth every moment of aggravation I might face putting a story together.

The crime wasn’t in what Trevor Grant had done. It lay in what was done to him. Now, years after he lost his family, he faces life in prison for his part in removing the guilty. In Hannah Parker’s mind, she has two strikes against her: she has too much money and too many

brains. In her experience where one of these might blacklist you, the two together was a life sentence.

When the chance comes to see the boys on trial, their cause becomes her cause. With the silent resources behind her, she will work the system, securing the release of the men she believes innocent of conscience, if not the crime.

Strangers coming from different backgrounds, Trevor with Gavin, will join Hannah. She will become part of their everyday living—holding Trevor close—even as they keep an escape plan in place in case anyone ever looks twice and asks “do you live around here?”

***
Thanks Jacqui! What an interesting insight into the writing of a thriller! I love that you're a planner/pantster, too.

What about you? Anyone out there write thrillers? Any advice to offer?
Posted by Jemi Fraser at 5:00 AM