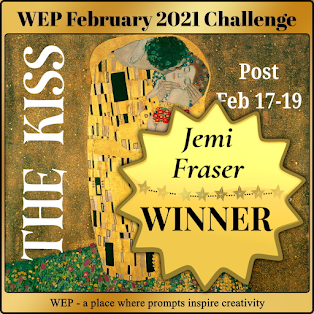 Woohoo!! Congrats to the other winners and to all the entries - another challenge full of brilliant writing!

I'm thrilled Reg & Jenny touched hearts of so many - thank you!!

His Jenny’s lips had always been what she called fully dressed.

It had been the first thing he’d noticed about her. Those full lips had been the stuff of Reg’s fantasies for years. Decades.

She’d been wearing Crimson Poppy when they’d met at the Legion dance so long ago.

Peach Perfection on their first official date the very next weekend.

Ruby Delight on their wedding day.

He’d kissed them all off of her until her lips were bare and she’d laughed and dressed them again.

Which had always meant Reg was kissing her again.

A man would have to be a saint to not kiss those lips when they were in kissing distance. And, as Jenny often told him with a smile, Reg was no saint.

Not when his Jenny was full of sin and sunshine.

What would her lips wear today? Passion Pink or Desert Nights? Ripeness or Luscious?

Colours, shades, shine, texture. He’d become a connoisseur and had his own favourites.

Yes, it was fitting.

Reg packed Crimson Poppy with the clothes Jenny had chosen last week. Then he sucked in a deep breath and held it until his emotions were under control.

His Jenny would go into the eternal with her lips fully dressed. 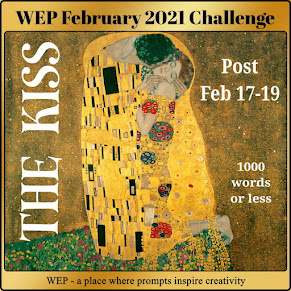 The above story is part of the WEP Challenge. The prompt is The Kiss and the photo above.

Click on the link to access the other stories. There is always a ton of talent in the WEP challenge and the variety of takes on the prompt means it is always worth your time to read! It's even more fun when you join in!