Out of Character Celebrations! 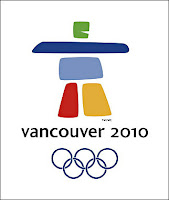 Wow! The Olympics are officially done and they were fabulous!!


We Canadians are mushy messes right now. Starting with Alexander Bilodeau, through so many terrific moments, to Joannie Rochette and finally to the Men's Hockey Team. It would have been a great Olympics if they'd won silver, but winning gold was icing on the cake. I think it was giddy relief that sent Candians in all cities into the streets to toot their car/truck horns and celebrate with their neighbours. Streets in at least 3 Canadian streets were closed due to celebrations! And then the humour of the opening ceremony - having the mime pull up the malfunctioning torch? Priceless :)


Some very unCanadian-like behaviour! And a lot of fun.


It's always interesting to see what pushes people/characters into uncharacteristic behaviour. In real life it doesn't have to work - it doesn't even have to make sense.

In our writing though, behaviour must always make sense. Our characters better have a good reason for doing something out of character. And it better be set up well! If it's not believable, our readers are going to give up on us and our story. We'd better be more believable than reality.

But, I've so enjoyed these out-of-character Canadian moments! The overload of red & white (including those mitts!) has filled us with joy & pride.

Congrats to the athletes, the organizations & the blue-suited volunteers! Thank you for so many moments to treasure. :)
Posted by Jemi Fraser at 9:11 PM