Contractor Michael Zorn is one of the leading men on the successful home improvement show Handymen. He is also revered for an act of bravery he’d rather forget. The press may hound him, but all he really wants is to help couples realize their home renovation dreams.
One of these couples is Emily Daniels and her fiancé, Trent. When Emily inherits an old home in Toronto’s Little Italy, she sees it as the perfect location for her small business. The house needs a lot of work, but her appearance on the Handymen show means Michael and his contractor brothers will help her renovate at a reasonable cost.
When Michael and Emily meet, their chemistry is intense. Emily wants to stay true to Trent, but her fiancé has done nothing but disappoint her. Michael recognizes Trent for what he is—a cheater. And it isn’t long before he breaks Emily’s heart.
At first, Michael only intends to comfort Emily, but their friendship soon flares into passion. Unfortunately, Michael has secrets and wounds of his own, ones he has never trusted to another. Emily is determined to break down his walls, but can she trust her heart to a man who can’t trust himself? 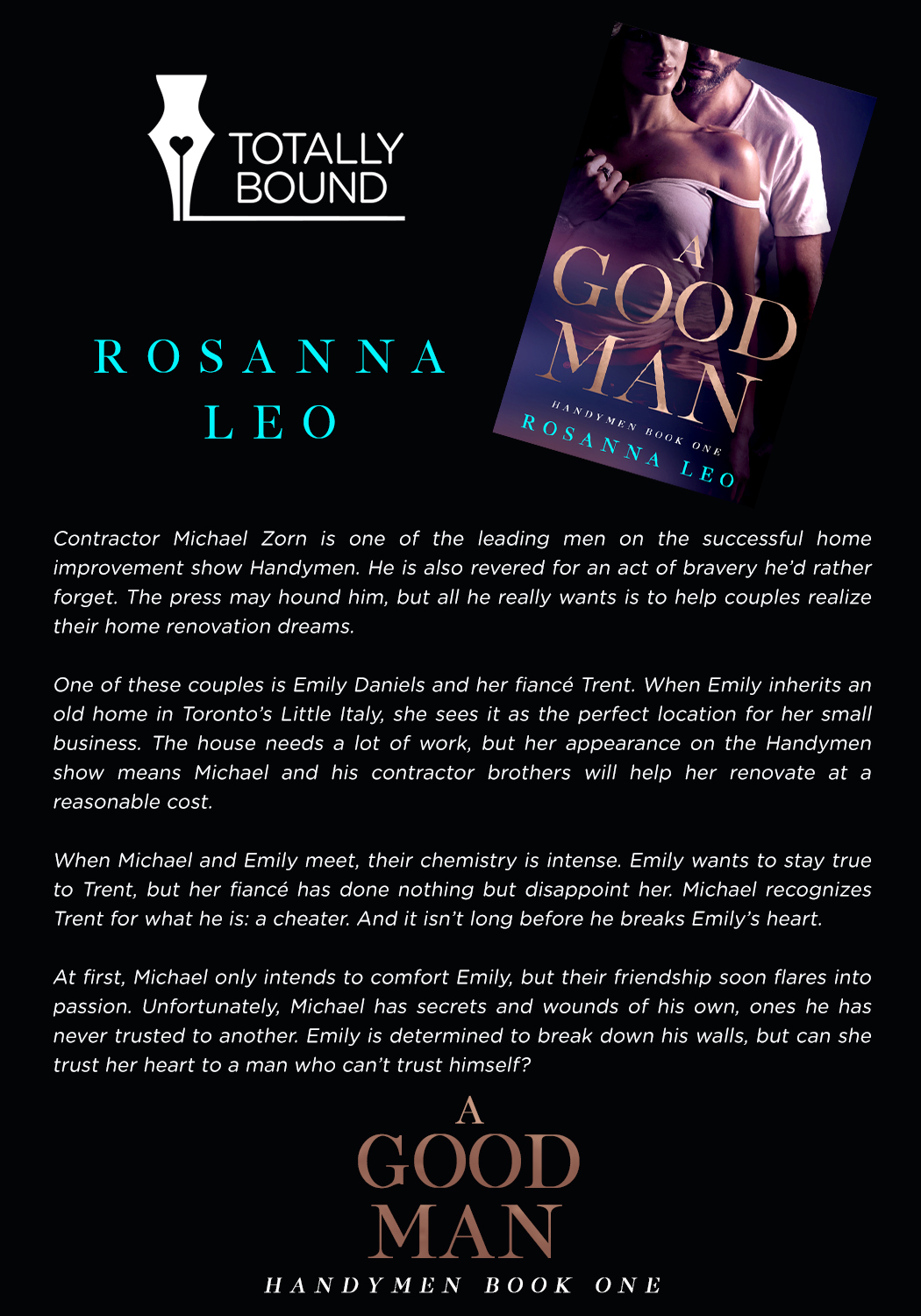 He tears down walls for a living. She’ll tear down the ones around his heart.


Emily threw herself at him and wrapped her arms around his torso, cutting off his words and his breath. Only when he hugged her back did he realize how hard she was quivering.
She wasn’t just crying about the old photos.
“It’s okay, Em. Let it out, sweetheart.”
The collar of his shirt grew wet but he didn’t care. Wardrobe had tons of shirts. Besides, she felt good in his arms, all soft and warm. He rubbed her shoulders and the back of her waist, exploring and familiarizing himself with her luscious body. He breathed, drinking in her scent. His nasal cavities had never known such bliss. It was like that first clear breath after a long period of congestion. His fingers were pretty happy too, enjoying the give of her body. It was all he could do not to slide them down, cup her sweet ass and pull her up against him.
Just not while she was crying over another man.
She lingered in his arms and he did nothing to push her away. In fact, it surprised him how badly he wanted to keep her there, so much so that when Emily finally extricated herself, he wanted to pull her back into his embrace. Instead, he wiped her cheeks clean of the remaining tears.
“The makeup ladies are going to kill me for making you cry.”
It might have been his imagination, but her tears made her eyes appear even greener. In fact, her entire face seemed a riot of tempting color. Each shade called to him. The crushed roses in her cheeks. Her strawberry lips, so plump and moist. Even the doeskin brown of her freckles fascinated him to no end. He wanted to count them, to kiss and mark them all.
Kissing her made a whole lot of sense right now. Kissing her senseless seemed even better.
Emily’s eyes widened. Her lips parted in invitation. Michael paused, knowing it was wrong, even though every raised hair on his arms told him it was right.
As he debated with himself for a split second, she brushed her lips against his. It was quick and soft, hunger masquerading as something platonic. Even though a spectator might have called it a friendly kiss, he knew the truth. As brief as it may have been, he felt her yield to him, even if just a little.
From the startled look in her eyes, Emily knew it too.
She took a step back. “I’m sorry. I shouldn’t have done that.”
“You’re right. I should have been the one to do it.” Michael licked his lips. “Your lips really do taste like strawberries.” 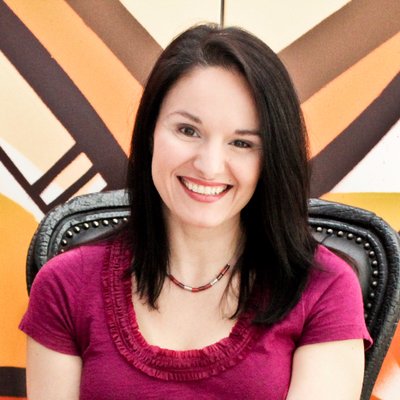 Rosanna Leo writes contemporary and paranormal romance. She is the First Place Winner of the 2018 Northern Hearts Contest (Contemporary Romance) for A Good Man.
From Toronto, Canada, Rosanna occupies a house in the suburbs with her husband and their two sons, and spends most of her time being tolerated by their cat Sweetie. When not writing, Rosanna works for her local library, where she is busy laying the groundwork to become a library ghost one day.

I love this book! Here's my review...

Loved it! Michael and Emily are complex and believable characters who are dealing with a lot of stress. I was particularly impressed by the way the author handled a very serious topic (no spoiler alerts!) with grace and sensitivity. Can't wait to read more by this author - a great read!!

How about you? Any Handymen or Handywomen out there? Anyone else a fan of Rosanna's writing?

Happy May the 4th be with you day to all my fellow Star Wars fans!!
Posted by Jemi Fraser at 7:00 AM